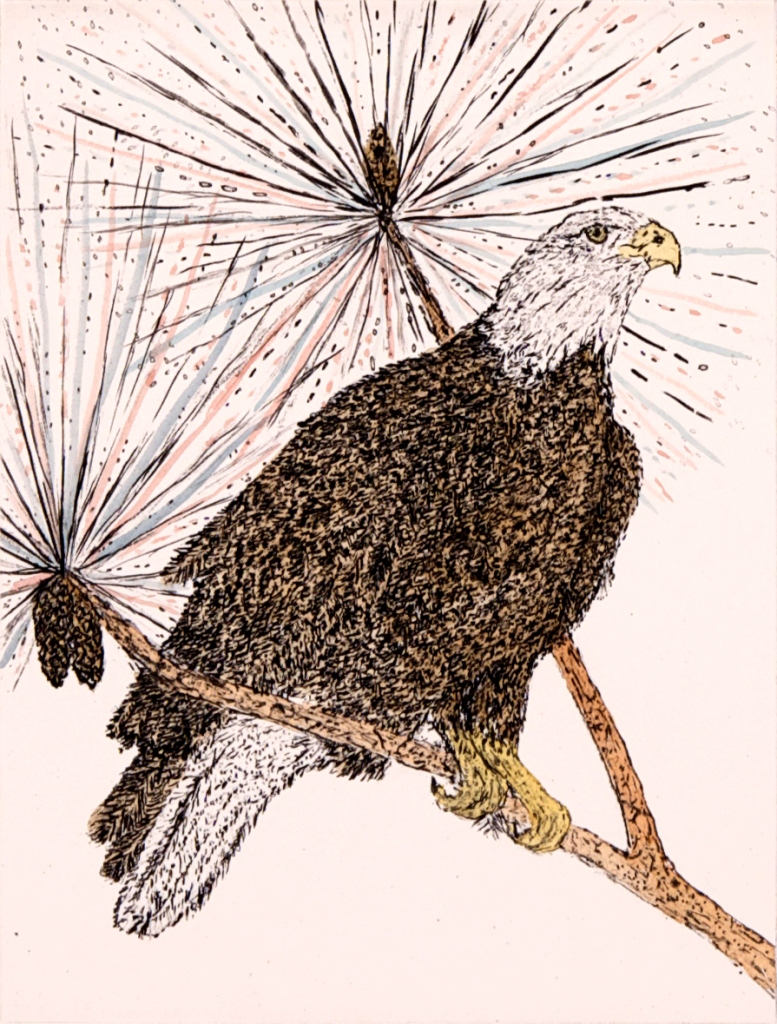 Snap up an etching from one of the world’s greatest artists at Origin Gallery in an exhibition of special unique and limited edition prints produced by master printmaker Stephen O’Connell at Clo Cill Rialaig in collaboration with resident artists at the Cill Rialaig retreat.
A RARE OPPORTUNITY AS RARE AS THE WHITE TAILED KERRY EAGLE!
The show, was opened by MICHAEL HEALY-RAE, T.D.

Kiki Smith (b. 1954, Nuremberg, Germany) is an artist of international recognition whose career has spanned over three decades. She is a leading figure among artists addressing the human condition, the body, and the realms of spirituality and nature in work spanning mediums from sculpture and printmaking to installation and textiles.

Smith’s many accolades include, most recently, the U.S. State Department Medal of Arts given by Hillary Clinton (2012), Theo Westenberger Women of Excellence Award (2010); Nelson A. Rockefeller Award, Purchase College School of the Arts (2010); Women in the Arts Award, Brooklyn Museum (2009) and the 50th Edward MacDowell Medal (2009), among many others. Smith was elected a member of the American Academy of Arts and Letters, New York in 2005. In 2006 TIME Magazine named her one of the “TIME 100: The People Who Shape Our World.”  Kiki Smith lives and works in New York City. She has been represented by Pace Gallery since 1994.