JOHN KINGERLEE – ABOUT THE ARTIST
The late William Zimmer arts critic New York Times wrote about Kingerlee’s art as not one that moralizes “it is witness to a life”, that at age 70 is renewing itself. A photograph of Ezra Pound is pinned up in the Kingerlee studio. Pounds best known exhortation to artists of his generation was ‘make it new’. It still reverberates… in the artist, now 82 years of age. Again, in Pounds words “Artists are the antenna of the race. John Kingerlee instinctively knows this, to keep himself tuned as both a fit receptor and transmitter, he is disciplining his life to increase his insight. This involves keeping himself and his environment clean (it shows itself in small ways, everyone removes his shoes when entering his house). More involving tasks – the rote procedure of making a grid, perhaps, as well as performing his prayers at regular intervals, have the aim of acquiring constancy. Increasing spiritualty in himself helps him recognise it in others.” 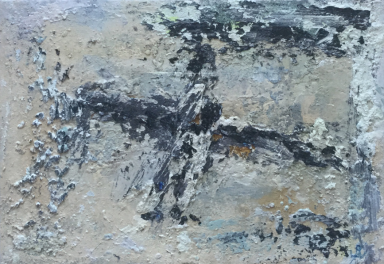 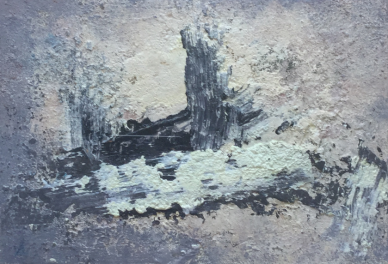 John surely recognises this in Gary Robinson, the increasingly successful Longford based artist, who has become his protégé and eagerly collected by those with smaller pockets than followers of Kingerlee. With striking humility, the Master Kingerlee calls him “a new friend, someone younger – we can learn from each other.”

John’s paintings have been collected by well-known people like Bill Clinton, Richard Harris, and of course the late great Seamus Heaney. Once described by the eminent and late Dr. Ted Pillsbury former Director of Kimbell Art Museum, Fort Worth, Texas, as “the greatest artist since Turner.”

High praise indeed – so what happened to cause the artist to step off this ladder of ascent to the top of the highest art earners in the US?

No one will ever know but John settled for a quieter life with his wife Mo, on the Beara peninsula in an isolated farm house whilst rearing five children. “America’s loss is Ireland’s gain” says Dr. Noelle Campbell-Sharp, Director of Origin Galleryand Founder of the Cill Rialaig Artist Retreat. “I believe John, who converted to Islam, sees his extraordinary talent as a gift from above and that is why his encouragement and collaboration with the younger artist Gary Robinson is by way of giving back and it takes a good painter to recognise another.”

GARY ROBINSON – ABOUT THE ARTIST

One of Robinson’s contemporaries, artist and friend David Newton, says this artist “returns again and again to the importance of an innocence being reflected in his art. This innocence he speaks of is much like how sounds are made as music is played. Imagine loose and unclear ideas, streaming out a trumpet across a time and place just like notes floating around as a jazz player riffs along in a relaxed manner with a set of bleating sounds. This is the expanding logic and directionless sense of
movement that Robinson says he seeks in his art.” 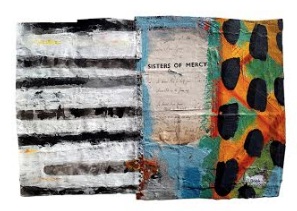 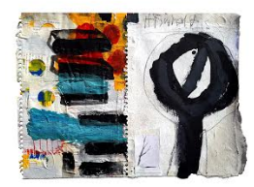 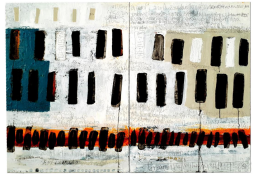 The show is extended until 7th February